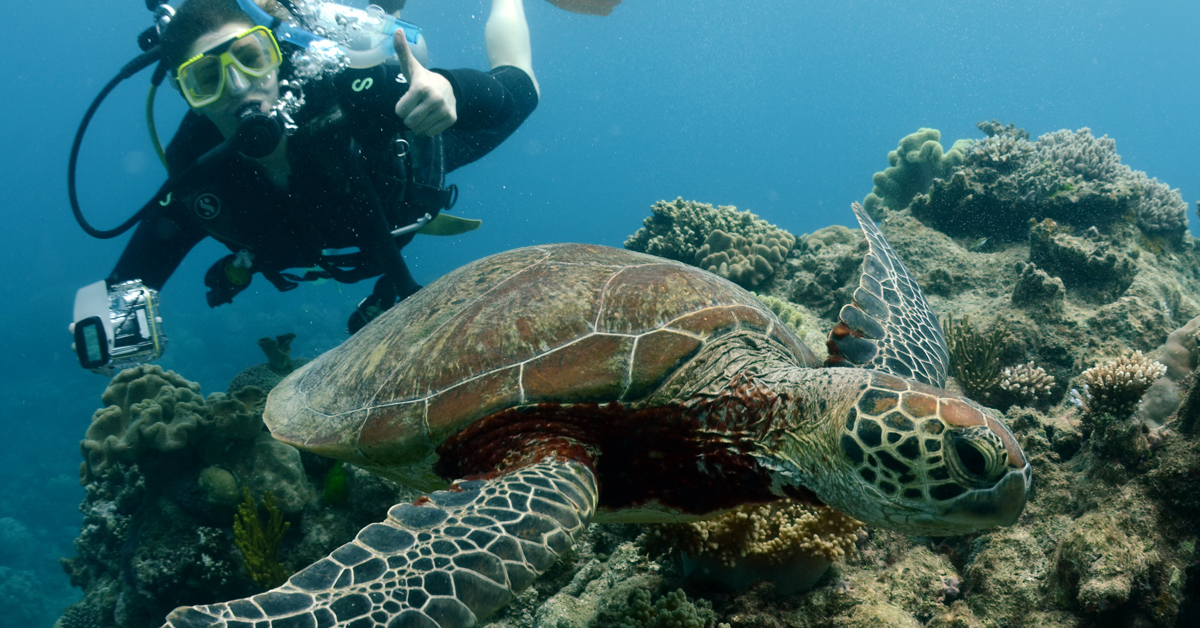 Sandra: “Australia is the adventure of my lifetime”

Sandra González was born in Pedrosa del Páramo, a little town in Burgos, Spain. She studied Audiovisual Communication, she is passionate about graphic design, she has always dreamed of travelling to Australia – and she has just lived the adventure of a lifetime. It all began with a Let’s Go Study Australia scholarship, and it finished a few days ago on the Great Barrier Reef. During this time, Sandra has travelled to Australia and New Zealand, studied in Melbourne, worked with international students, met her family in Brisbane and discovered Uluru, among other things. These are the details of her adventure.

The beginning of your adventure was pretty special…

It all started in 2014. I took part in a Let’s Go Australia Facebook competition where the prize was a month’s accommodation and an intensive English course scholarship in Melbourne. I signed up…and won! Who has never thought about travelling to the other side of the world once in their lifetime? I thought about it, and it came true. And as I have family in Brisbane too, I thought it would be a great opportunity to meet them. It was not easy and I even thought about letting the opportunity pass me by, but in the end I realised that if I did not do it, I would regret it my whole life.

I arrived on the 30th of April, and on my first day I had time to do the basics. I dropped my luggage at the hostel then went directly to the Let’s Go Study Australia office and met the whole team. Then we took a look around the city centre, bought a phone card, and went to the English academy. 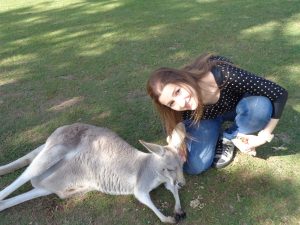 What was your impression of the city those first few days?

Incredible. I have to tell you, Melbourne is in my heart now; I loved it. In the mornings I would go to the English academy, and in the afternoons I volunteered at The Couch, a place where international students go to meet people, new cultures, practise their English or even learn other languages. Every afternoon we did different activities, for example on Tuesdays there is a Spanish class and I was pleasantly surprised at the number of people interested in learning Spanish. In the end I was just non-stop… I enjoyed the month I spent in Melbourne to the max, I made friends from all over the world, and there are some I will stay in touch with for the rest of my life.

My stay at the school was short – just a month – but I felt that I was developing really quickly. The academy staff were very professional and always willing to help me. And Rachel, my English teacher, made the lessons really fun and pleasant.

And you had time to travel too…

Yeah, when I had free time and especially during the weekend, I did tourist things. In Melbourne there is something new to do every day – a street, an exhibition, a pub, a plaza or corner you haven’t been to yet and that surprises you. I was amazed at a shop with opals and stuffed Australian animals – I only had the nerve to touch the snakes. In the area around Melbourne, I really liked the Great Ocean Road. At times it reminded me of northern Spain.

And after Melbourne, the great escape.

The next destination was Sydney. Architecturally it impressed me a lot, even more than Melbourne. The Opera House and Harbour Bridge are amazing. Then I travelled to the outback and visited Uluru-Kata Tjuta National Park, a gigantic rock which is sacred to aboriginal people. I also went to Brisbane and places around there like Redcliffe, Gold Coast, Sunshine Coast and Bribie Island…My last destination was Cairns and the Great Barrier Reef. 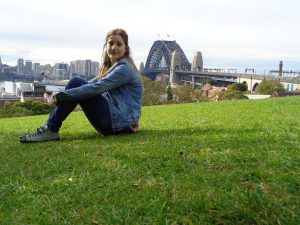 You have family in Brisbane – what was it like meeting them?

A really special feeling. I was at the station waiting to be picked up by a relative, but I did not even know what they would look like. Then someone asked me, “Are you Sandra?” And I said “Are you Benito?” That first hug was really warm and sincere. I am happy I met them, in the end. The Brisbane experience was great; I am really thankful I got to spend some time there. Benito would tell me stories about his memories of Spain and what the start of his life in Australia was like. At times I had the feeling I had known him all my life. Having relatives there gave me the chance to get to know real Australian life and see some less touristic places. For example, I went to the Sunshine Coast with a neighbour, and we went fishing. In Cairns we went crabbing and I saw wild crocodiles. All thanks to the fact I was with Australians who knew all the secret spots.

And after all this that you are telling us about, what impressed you most about Australia?

I liked everything! So much so that I did not want to go back to Spain! Australia is surprisingly big; I was not aware of its size until I started preparing my journey.

Dizzying. I arrived in my town and they were in the middle of celebrations, so I did not even have time to unpack. I spent a few very intense days with my family and friends. As time goes on I miss Australia more and more, especially Melbourne. The social life I had there, the people I met, and all the experiences I had were unforgettable. I want to go back!

Any tips for future adventurers who want to take the leap?

Of course, I recommend that everyone goes to Australia, whether to travel, study, or work. And anyone who is thinking of taking the leap and going to another country should learn the country’s language as much as they can. For example, if they are going to Australia, they should try and get the accent and Australian slang, and take money they have saved up. There are a lot of possibilities in this country, but they are not just waiting for you when you step off the plane. So have patience, perseverance, and lots of courage, it is all coming!

If you want to know more about Sandra, here is her website. To read more stories from Let’s Go Australia students, click here.  And if you want to take the leap and come and study on the other side of the world, do not hesitate to get in touch with us.