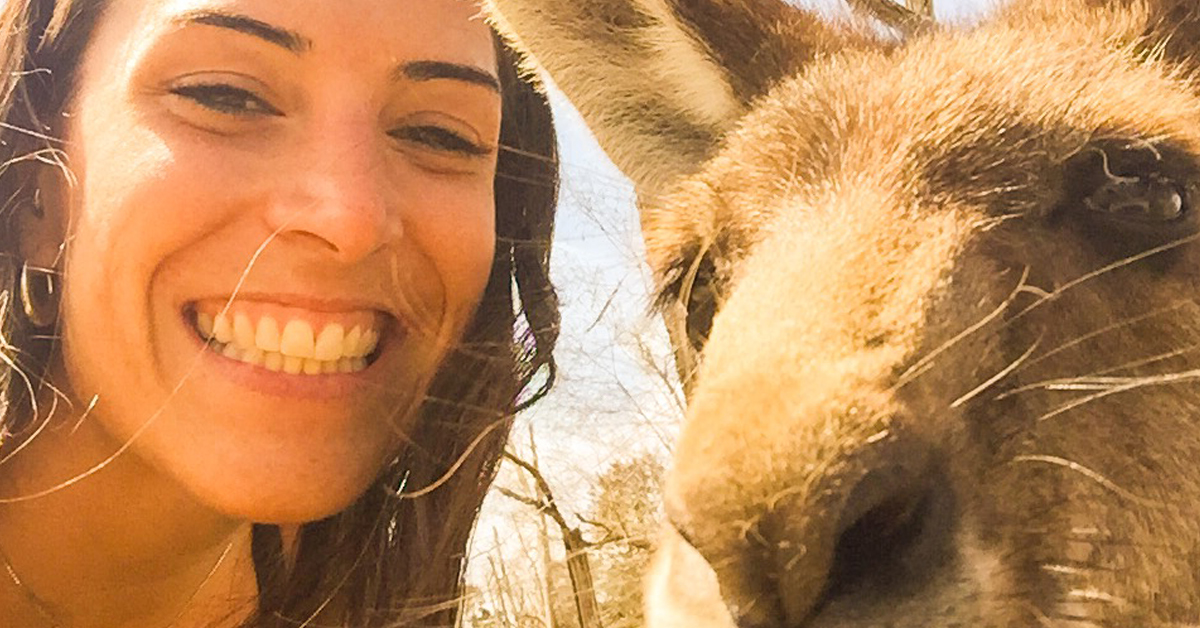 Alba had her life set up in Valencia, until one fine day she decided it was time to go on her dream journey. Just two months ago she arrived in Melbourne with her lovely smile and huge enthusiasm to have new experiences and learn. She came on a student visa and over the next few months will study English and prepare for the IELTS. Despite only having been in Australia for a short time, she is already considering extending her visa because, as she says, time flies here. In this interview she explains why.

How did you get to that moment of deciding: “Right, I am going to Australia”?

I had had the idea in my head for many years but I never got around to actually doing something about it, because I had a fixed job where I was learning a lot and growing professionally. But I think in the end, everything happens for a reason, I lost my job and everything was in my favour to finally embark on my dream journey. Without even thinking about it for long, I started the paperwork so I would not be stuck in Valencia, and before I knew it, I was at the airport carrying all my things.

Which city did you choose?

I am in Melbourne because a friend of mine was living here. The idea was to come while he was still here, as the transition would have been much easier with his support, but in the end he went back to Valencia early. And again, life’s coincidences meant that Elena, who I had been at school with my whole life, was living in Melbourne and took care of organising the whole process for me because she works at Let’s Go Study Australia. Everything was so easy!

What did you do in your first few days in Australia?

Well, my first few weeks in Australia have been non-stop! That is why time is flying, As soon as I arrived, I threw myself into finding a place to live, so I was non-stop walking from one place to another looking at possible homes, and subsequently getting lost in Melbourne’s suburbs. As soon as I had a house, the next step was finding a job, at the same time as having started at school. Luckily for me I came here having a lot of contacts and they have helped me a lot, that is how I have the job I have now, as I got an interview at a restaurant where a friend of mine had worked, and they hired me. But I have also had leisure time, I escaped to Phillip Island to enjoy my first kangaroos, koalas, and lost beaches. I can say that my first weeks as an Aussie have gone smoothly. 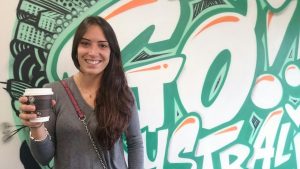 The best thing about Australia?

What I like most about Australia is being in contact with people from all over the world and feeling as if you had been friends with them for years, the multicultural mix. The sights you come across while walking down the street, everyone’s hospitality…I think, in general, the way it makes me feel.

What are you hoping to get from Australia?

Well, my first goal during this adventure is to improve my level of English for my personal growth and for my future plans. At the same time, I would love to see extraordinary things and to keep meeting people who give me ideas about new things to do!

Any recommendation for people at home reading this interview?

Get out of your comfort zone!

You have heard it said: who dares, wins. If you think your time has come, get in touch with us here and we will help make your dream come true.